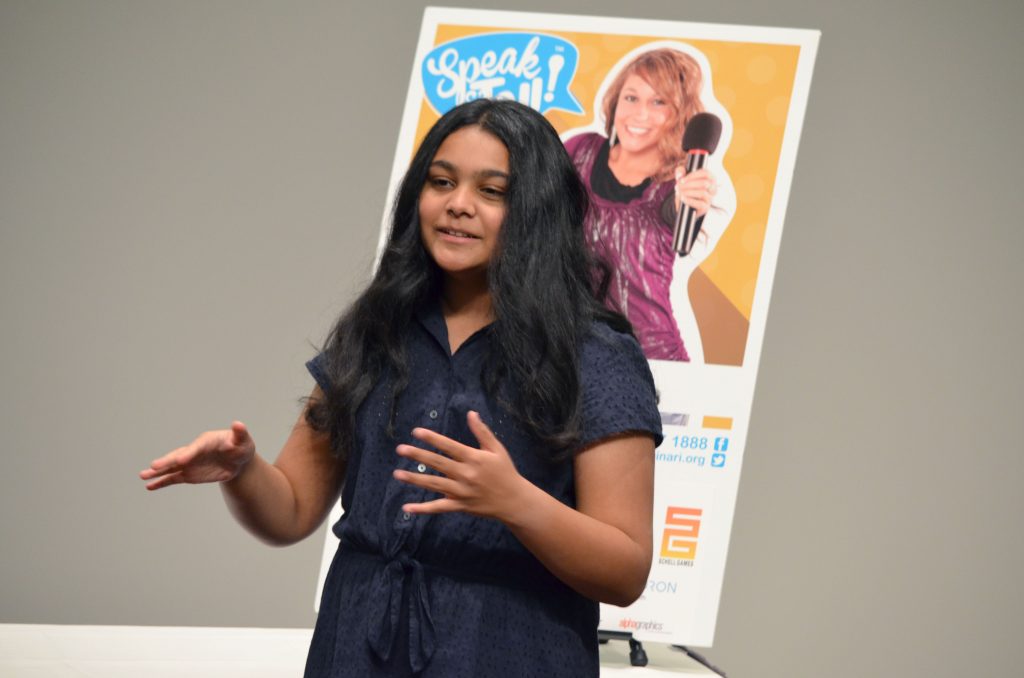 To figure it out, we need to see the differences between life in the 2000s v. life in the 2010s. There are some obvious differences such as the clothes and music that teens in the 2000s participated in, but there is one key difference between the 2, and that is the way they used technology. Yes, people in the 2000s had cell phones and some social media platforms, but that is nothing compared to how teens use technology today.

Social media and technology are amazing tools and resources, but that means that it will inevitably have bad consequences. Teenager’s connection to technology adds more pressure to their lives. Posts on social media have impacted teens’ views on life and their self esteem. I don’t even post much on social media because of this pressure. It causes many teens to compare what they see on their screens to their own lives, which makes some feel isolated, lonely, and self conscious.

This brings us back to our question. Why did teens that grew up in the 2010’s have more mental health disorders than teens that grew up in the 2000s? Why was there a big boom? There are so many reasons, but according to the American Academy of Pediatrics, the connection to the cyber world and social media has played a big role. Those emotions from before about feeling isolated, lonely, and self conscious are all feelings associated with anxiety and depression.

As social media use continues to grow, the feelings and mental disorders will continue to come along with it. You might be asking yourself though, how can it be stopped. Should we stop using social media altogether if it is an issue? No, just because social media and technology has some cons doesn’t mean that it doesn’t have so many great things to provide such as a sense of community and connection. The importance of it to so many young people’s lives has caused both the good, and the bad effects, which is why it partially caused the boom in mental health disorders.

Now, having mental health disorders such as anxiety or depression as a teen is very common compared to previous years. A neighbor, friend, or even somebody in this room could be battling a mental health disorder or illness, and you may never know what they are going through, and it is important to keep that in mind. 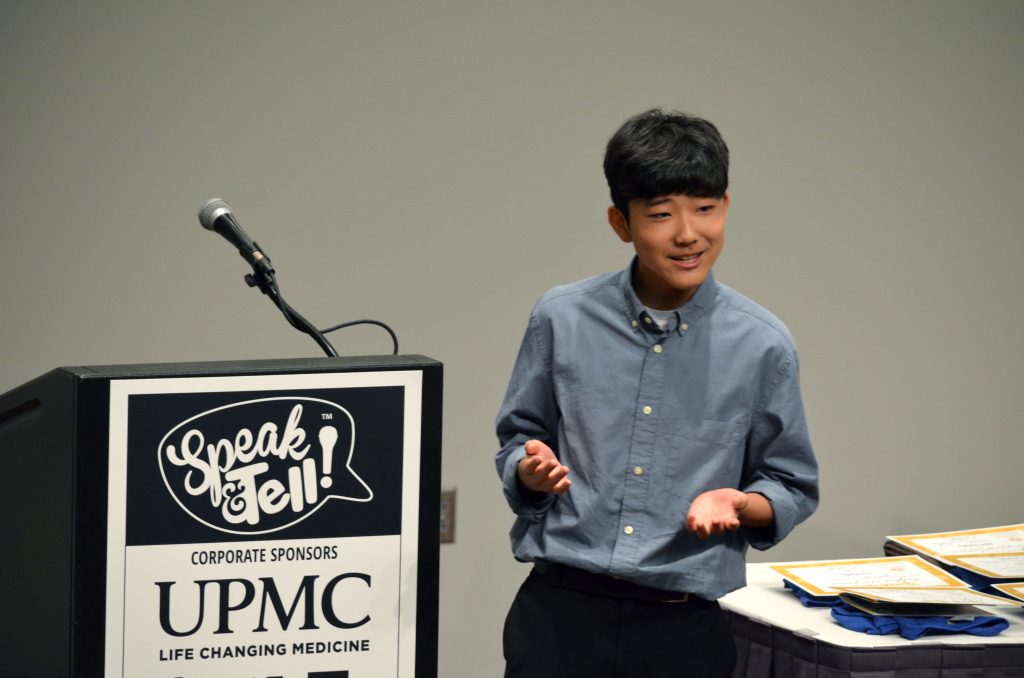 I have a question for you guys. Anybody here think that we are doing enough to stop or reduce plastic pollution? If you do, what if I told that 3.5 million tons of plastic is used and just thrown away each day? And what if I told you that 91% of it doesn’t even get recycled?

Of course, there are people and companies trying to fight against pollution, like in Florida where 633 scuba divers got together to clean up trash in the sea, or Adidas, who has partnered with Parley for the Oceans, an organization working toward reducing the plastic in our oceans, to create a line of sneakers made entirely from recycled plastic. They are also planning to make all their shoes out of recycled plastics by 2024.

These are steps in the right direction, but the amount being created and disposed of incorrectly completely outweigh those trying to stop it. For example, Coca Cola was the most polluting company in the world for the third year in a row according to the Brand Audit report of 2020. Another big factor in this are the consumers, people like you, who keep with the same habits of using single use plastic every day, whether that be single use  plastic bags and bottles and just throwing it in the trash instead of recycling or littering in our streets.

Now you might not think that you minimizing how much you use will help, but if everybody does it, we can significantly reduce the amount of plastics used, and with a few easy steps like using a reusable water bottle or bringing your own bag to the store, we can reduce plastic usage by a lot. Realistically, having just the people here wouldn’t have a big impact, but if you tell your friends and family, we can get a real initiative going to use less plastic. So come on people. We have to do something about this now, and if we keep putting this off, our future is going to be very different.

Other things people can do:
– buy in bulk = less packaging
– Don’t use straws
– Stop chewing gum – use mints
– Stop using plastic utensils
– Extra mile: install a water filter instead of bottled water
– Extra mile: go pick up some trash at a park or your neighborhood 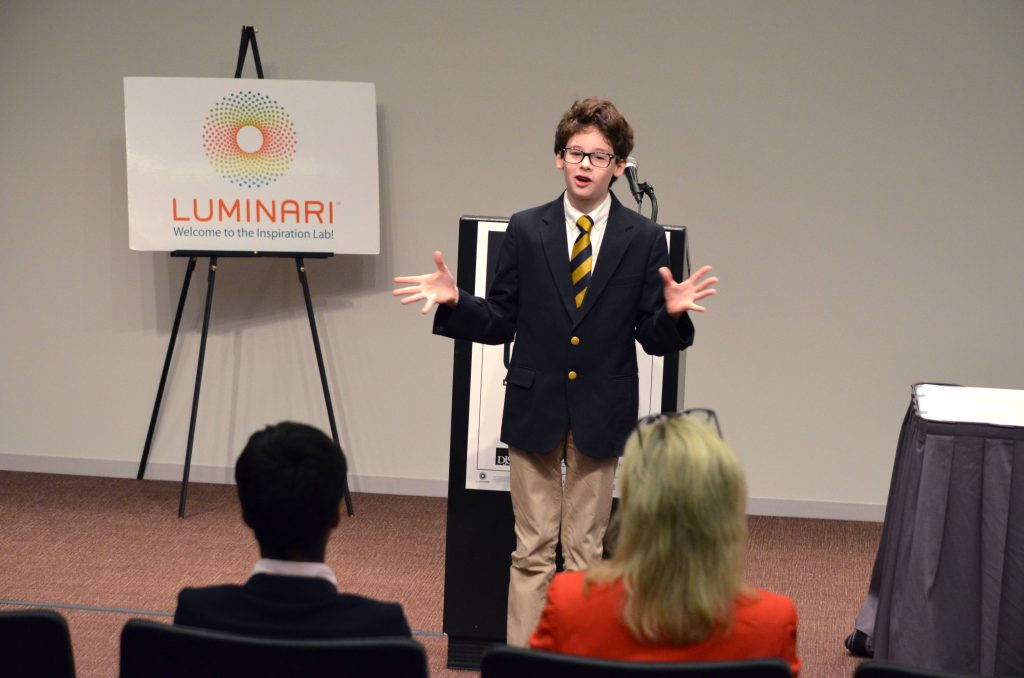 Matthew: How to Be a Better Consumer of Cleaning Products and Detergents

Now after hearing this information you might want to run to the store and get a ‘green’ detergent, a detergent that claims that it doesn’t use as many harsh chemicals as conventional detergents. But in my opinion, those companies are lying to you!

Just this past year I did a science experiment to test if green detergents are less toxic than conventional detergents. I mixed three types of detergents, two green and one normal, into 18 cups of soil with grass seeds. After 2 weeks there was no growth from any of the cups that had detergent, but the cups that just had soil and water, the seeds grew to around 11 cm. So this points out that all the detergents are harmful to plant growth. A CDC report I found claimed that in Philadelphia, Pennsylvania there was 2 cases, in the span of two months, of people going to the hospital because of detergent exposure, one of them required intubation (where you are not able to breathe on your own) and the other person was placed in the intensive care unit. Also there were 2 other cases in Charlotte, North Carolina where people were exposed to detergent and they both required intubation. A study in 2018 tested if worms that had different types of detergent mixed into their soil would survive, but in all the trials the worms with detergent in their soil had died! That again proves that both green and normal detergent can be harmful. 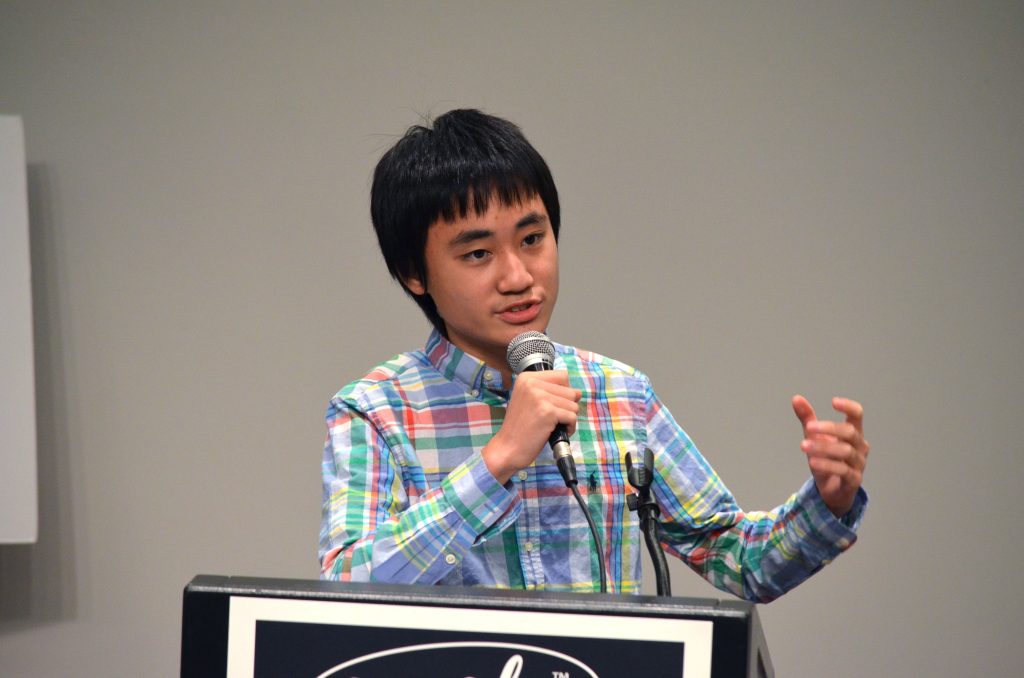 Stephen: Learning the Value of Video Games Beyond Entertainment

Before we begin though, I know what you’re thinking — this is just some kid who wants to play more video games. Well, that is not the case here.

Another aspect of video games is the fact that there is a lot of art, design, and maybe even storytelling in a game. Experiencing these things can be good for you.

Games can actually also be used in learning. Gamification is the use of game elements such as scoring, competition, and game rules to make people more engaged in something. Often times, this can be a more fun way to learn things and can keep students motivated. One example is the classroom review game. Do you know what Kahoot is? Kahoot! is a game-based learning platform, used as educational technology in schools and other educational institutions. And, I think it is a fun way to review.

Overall, video games can be a hobby, a challenge, a tool, or even a form of expression. They are not just little things that people get addicted to. Thanks for listening! 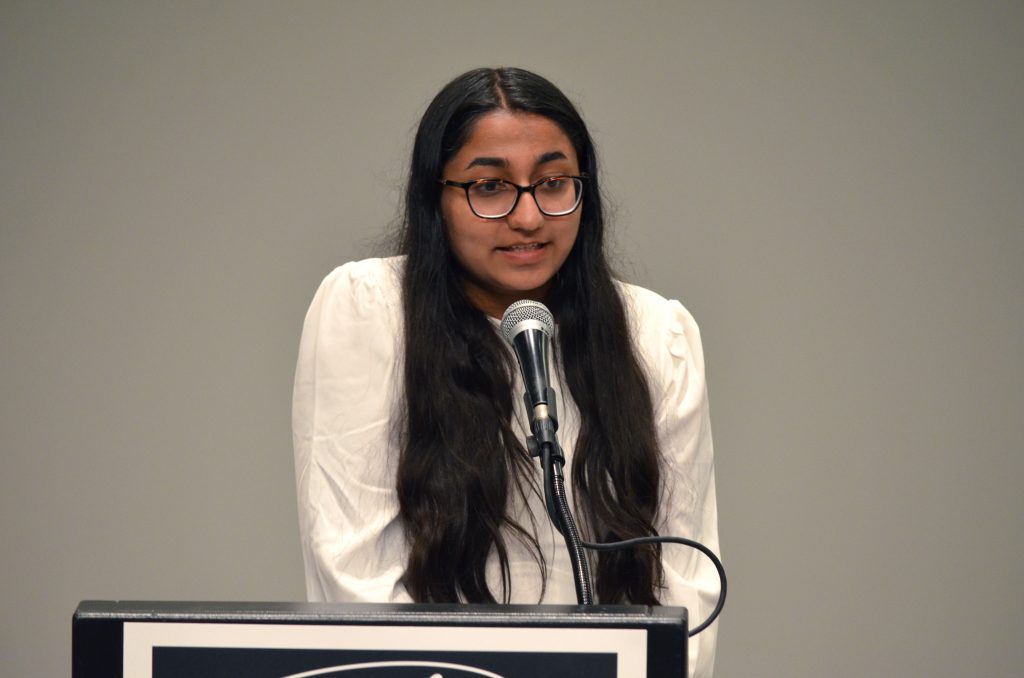 Navya: The Climate Crisis and Ways to Help the Environment

Climate change has drastically impacted the environment throughout the past years.

Over 1 million species are put at risk of extinction because of it. The climate is rapidly getting worse. It is predicted that by 2030, some of the worst damage is going to be irreversible. People can not wait until then, we need to do something about it now, before the damage is done. With the way things are going, future generations might struggle more with extreme temperatures, like super hot and cold weather. The weather can create sickness, kill crops, and much more. It also increases the risk of natural disasters, which is very detrimental. This is a sad reality, and everyone needs to contribute to make a change, whether big or small. It has been proven that the main cause of climate change is the greenhouse effect, which is caused by the use and presence of greenhouse gases. Many human activities are causing these gases to be emitted, like burning fossil fuels. Scientists believe that if more people switch to renewable energy, pollution will decrease, which would help the environment and climate change.

However, there are also other ways to contribute to the environment, because switching energy sources isn’t always easy. Some people can’t afford renewable energy, because it’s expensive, which is understandable, but there are still other ways to help. Just in your everyday life. Saving water, not wasting food, recycling,
planting a garden, eating less meat, avoiding plastic water bottles, composting, driving less, picking up litter, and much more. All of these actions will contribute to helping climate change and the overall environment. We may not have too much power to make huge differences, but every little thing can help. 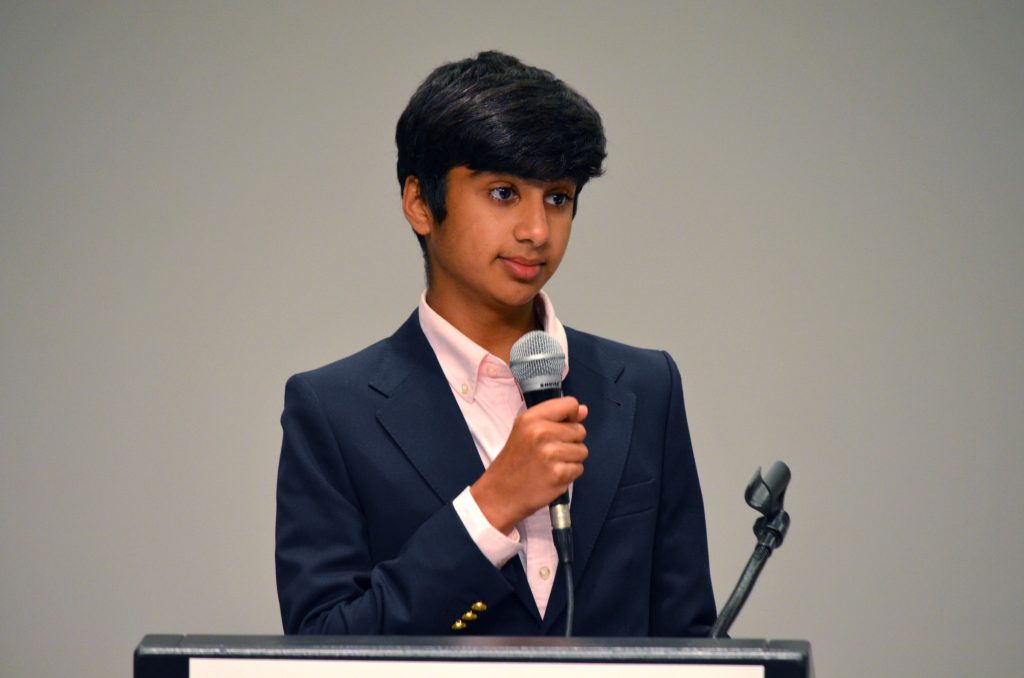 Kabir: Over-Fishing and the Other Harmful Practices of the Global Fishing Industry

Hello Everyone. Today I’m going to talk about something very solemn, the fishing industry. From slave use, to them destroying ecosystems, there is so much dreadful stuff to talk about. How about I start with overfishing and bycatch.

According to Forbes 1 to 2.7 trillion fish are killed each year. The cause of this – overfishing. Overfishing is when too many fish are caught at once, which kills the caught fish, but also the fish left over because they cannot survive anymore with the surplus of fish that had just been stripped from their area. And yet most of
this over abundance of fish that is caught is discarded right back into the ocean, basically killing the fish and throwing them right back. Next I’m going to talk about
bycatch. That is when species that weren’t supposed to be caught are caught. This happens extremely often, especially with endangered animals such as sharks,
turtles, and dolphins. 100 million sharks, 300,000 small whales and dolphins, and 4,600 turtles are killed by fishing yearly. People say ecosystems are dying
because of climate change, which is true, but it is obvious the immense impact fishing has had. Without predators, then slowly the ocean will fall apart and die,
and if the ocean dies, we die.

Now let’s talk about the humane issues of the fishing industry. According to National Geographic, 21 million people are used as slaves in the fishing industry. This means some of the money you spend on fish was generated by slavery. Lastly, commercial fishing takes away from local supply chains. In continents like Africa, local fishermen need to fish to support their families, but commercial fishing in areas depleted the local fish supply. This makes many people go hungry because they aren’t able to get the food. Once again, the African people are getting their rightful resources stolen from them. I know someone after me is going to be talking about pollution so before I end I am going to throw out a fact. Ten percent of all the ocean pollution is from the fishing industry – that’s 1 million tons of plastic. 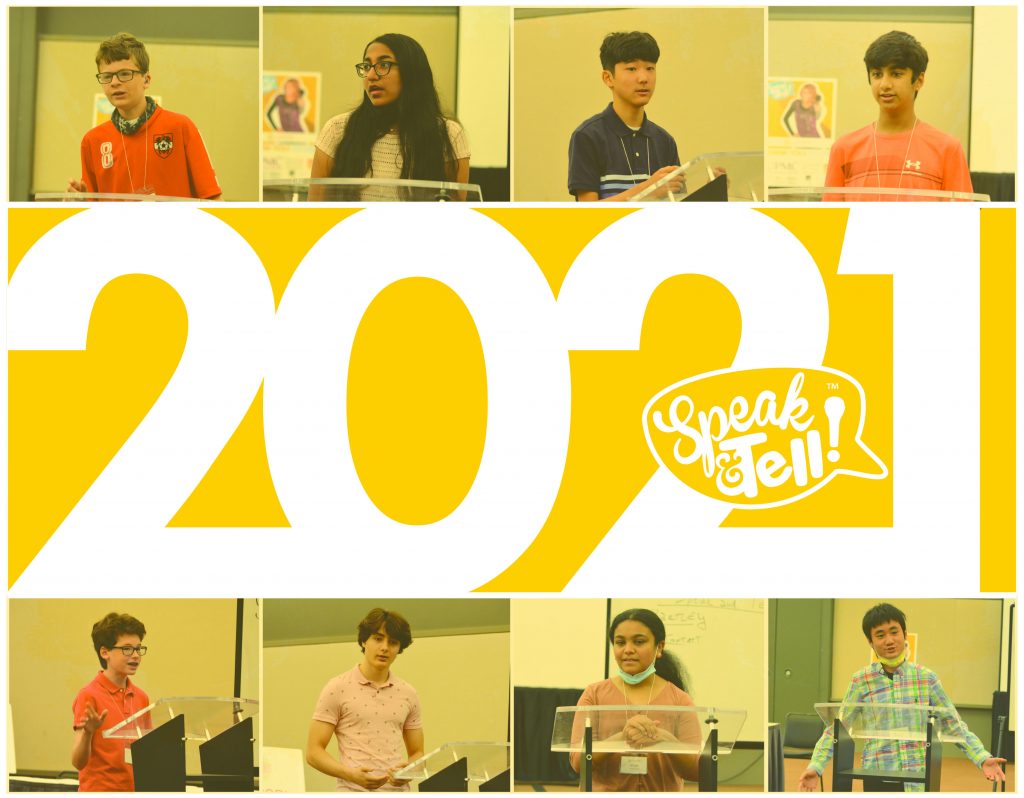 Take a look back at our 2021 Speak & Tell! Camp by downloading our souvenir book.