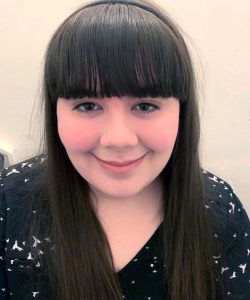 Both of these prestigious awards focus on students’ perspectives of diplomacy. The Luminari Award contest is open to students in schools throughout our region while the Luminari ESL Award is introduced to students by teachers of the English as a second language program of the Allegheny Intermediate Unit.

Ms. Leonardi says she hopes to become the first female President of the United States and that her interest in Ambassador camp is based on her passion “for making the world a more inclusive place for others.”

Ms. Hamada says “Ambassador camp will help me to learn the skills of an ambassador, to understand the country’s historical, social and economic behaviors and to solve world challenges.”

“Both of these exceptional students bring passion and leadership to the Luminari family” says Hilda Pang Fu, Luminari’s founder and president. “Through the immersive experience of I Want to be an Ambassador! camp, we want to empower students to engage in everyday diplomacy to create a more harmonious world.”