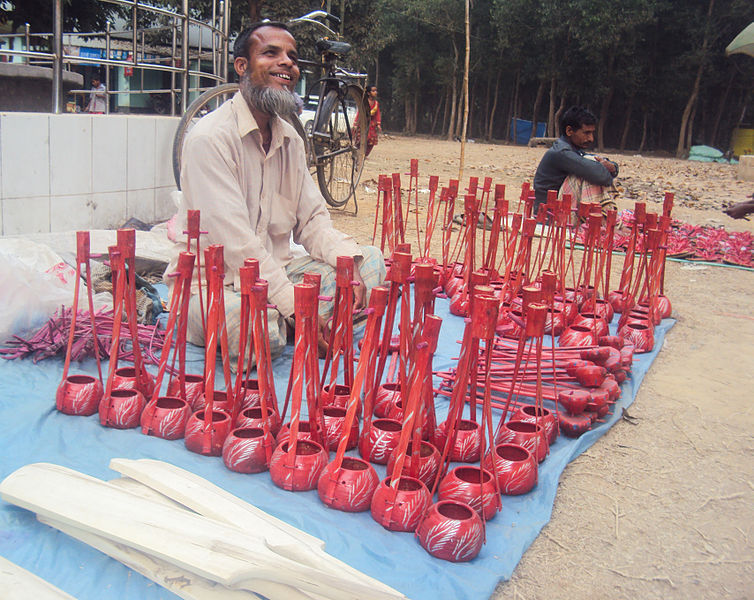 We’re all familiar with the home-rigged telephone: a pair of tin cans connected by a string long enough to span the space between two buildings. Who knows how much conversation ever took place on such fanciful contraptions.

But on the other side of the world, people are making music on an instrument that seems to be constructed of the same bits and pieces.

The ektara is an instrument common to Bangladesh. The instrument has just one string, which is plucked or strummed. The different tones and notes are accomplished by pulling that one string tight and then relaxing it, creating higher and lower pitches.

Each ektara consists of a hollow body—usually a coconut, gourd or carved-out bit of wood—to which is attached a bamboo neck that’s divided into two pieces. As the player squeezes the pieces of neck together, the string tightens, creating higher-pitched sounds. Homemade versions start with a tin or metal can.

The resulting sounds are described as a “slur.” Amazing, isn’t it, that one string can produce a whole world of music.