You’re Never Too Old to Learn a New Language 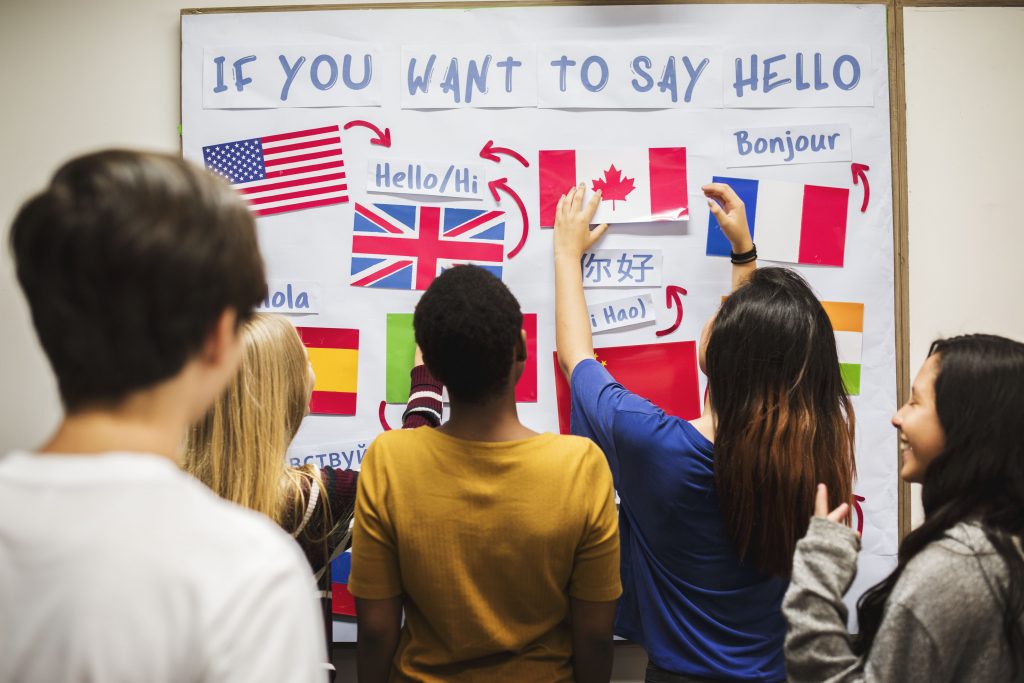 by Gina DeMarco Wall, former Director of the I Want to be an Ambassador! Camp (2010) and current camp instructor

In my role as a supervisor for English as a Second Language (ESL) at the Allegheny Intermediate Unit, I give dozens of presentations a month to schools who have children from all over the world that are learning English in order to function in our schools and communities. Many times, educators are frustrated when their students struggle or need more time to learn English. For this reason, I like to share the myth that children learn languages quicker than adults. This is truly a myth and comes as a surprise to many people.

The truth is that many children still have not had the life experiences necessary to comprehend many concepts in a second language. Additionally, most adults have developed an awareness of syntax, which is the word order used in a language. When we already have the background knowledge and understand the concepts necessary to learn, we can easily transfer that knowledge into learning another language.

Last summer, I had the pleasure of meeting Dr. Steven Krashen, a linguist from Stanford University whose theory on second language acquisition is well known in the world of language and linguistics. His theory states that we learn language through “comprehensible input” which means that we develop language literacy when we understand what we hear and read (Krashen, 1982, 2003). Dr. Krashen was a wonderful storyteller who shared his experiences in seeking out polyglots, individuals who speak multiple languages, and discovered that all of the individuals he spoke with were over the age of 50!

So what does it take to learn another language? A compelling reason or motivation rank high on the list. Perhaps you wish to travel to Brazil and want to understand Portuguese when ordering in a restaurant or maybe there is someone new in your life who has family that speaks another language and you want to be able to communicate with them. Secondly, make sure the material is enjoyable. Studies show that when the content is of interest to the learner, not only is it more interesting but easier to learn the language. I once tutored an adult in Italian who loved to cook.  Using recipes and easy cookbooks was a wonderful way for her to learn not just the terms for cooking but the other parts of speech that went with it. In order to read recipes, you need to be able to comprehend the command form of Italian verbs which are also used on a daily basis when speaking with others and asking them to do something.

I recently attended a conference called Global Links, which focused on trends in translation and interpretation. While machine translation has improved tremendously throughout the years, speakers at this conference still mentioned the need for human intervention to edit and proof the computerized translations. What this means to me is that leaning another language will never go out of style. This year I plan to learn French in order to finally make that trip to Paris I have been dreaming of but also in order to be able to communicate with the refugee families from various African nations who have arrived in our area. It’s never too late to learn another language!

Dr. Gina DeMarco Wall is the K-12 English as a Second Language and Title III Coordinator at the Allegheny Intermediate Unit. In addition to coordinating a Federal Grant Consortium for over 40 school districts, she provides professional development and workshops to teachers and administrators who work with culturally diverse populations.