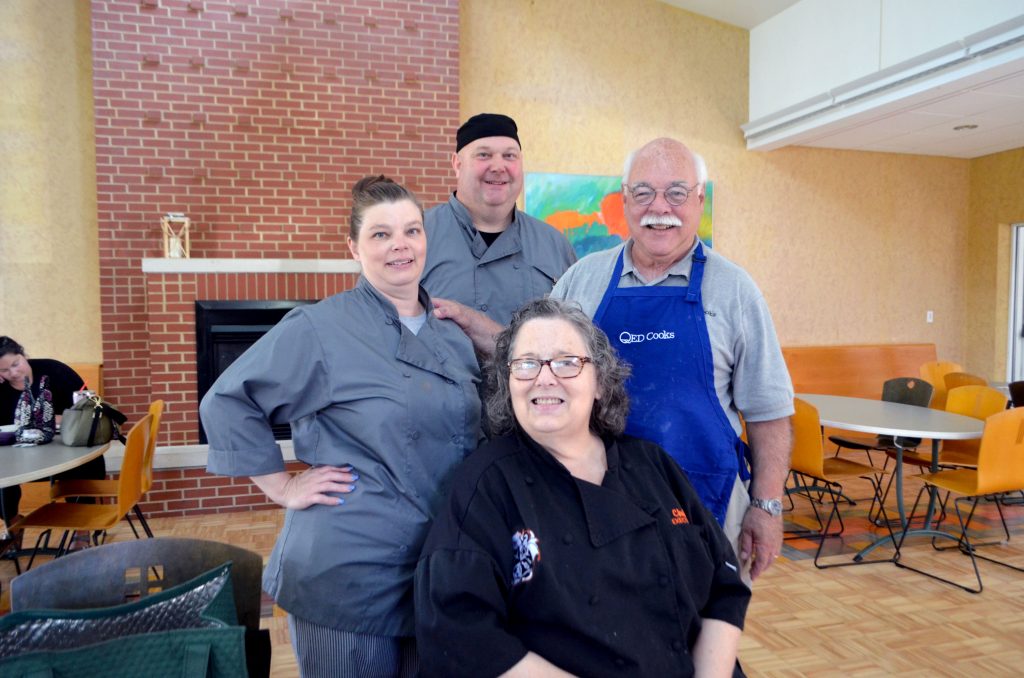 It all started with a phone call and ended in a great adventure. A few months have passed since our cooking camp journey came to a close, and Sarah Huffman and I have been reflecting on our time spent with the students that began in June when we received a phone call from Chef Odette Ransome who asked us to help teach kitchen skills and cooking to a group of teens in a summer camp called Camp Delicious! And this, my friends, is where our fun journey began… 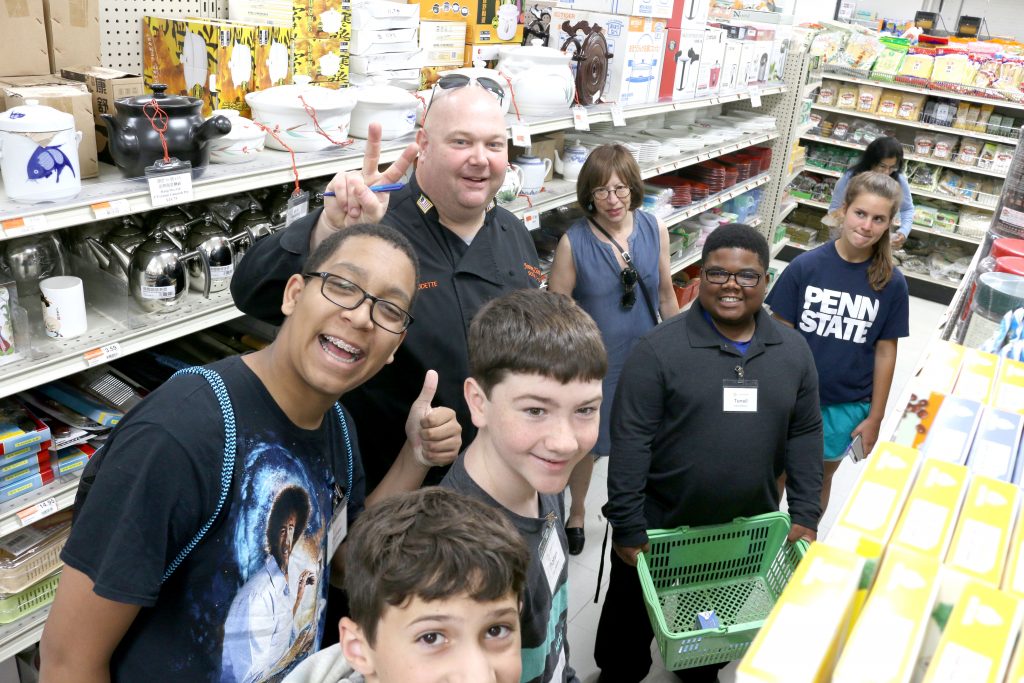 The first voyage for the camp found us a facilitating a field/food trip to Pittsburgh’s Strip District. Everyone was introduced to the beautiful diversity that is the Pittsburgh food scene as we visited Lotus, an Asian grocery store, Casa Reyna, a Mexican grocer and Salem’s Market, a store featuring the best in Middle Eastern cuisine. The teen chefs were given shopping lists to find items in the stores, allowing them to discover and sample the different types of foods that are available within those cultures. 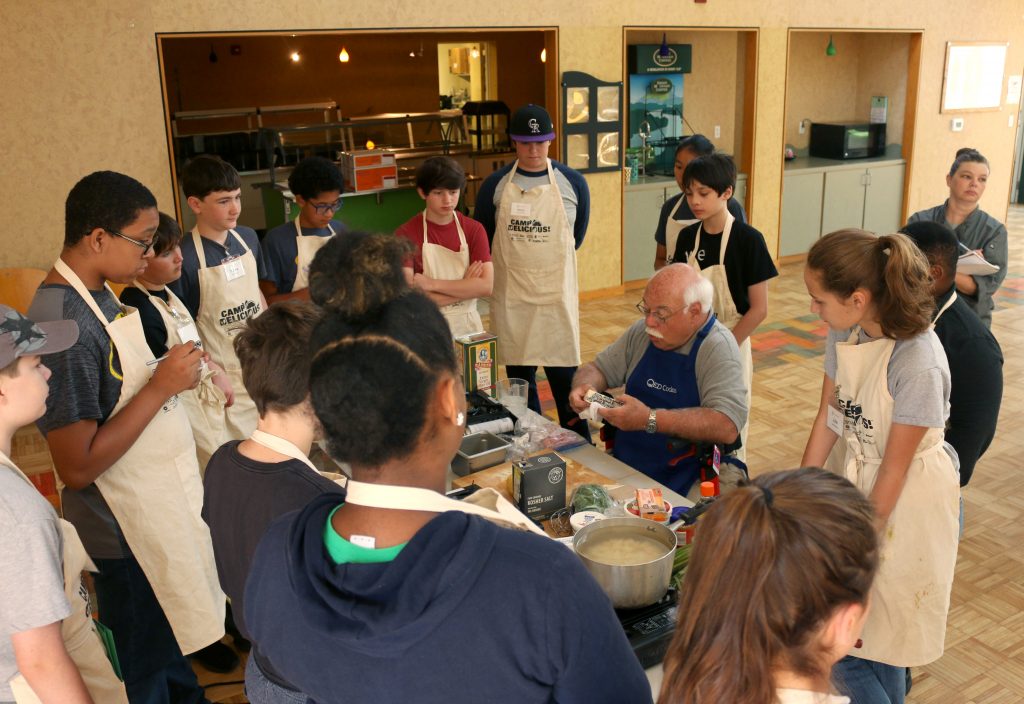 The students’ next food adventure unfolded when we were visited by local celebrity chef WQED’s Chris Fenimore. Chris spent the morning teaching our teen chefs about three different types of dumplings from around the world.  The food that they created was so delicious that every serving bowl used was completely empty by the end of the tasting! 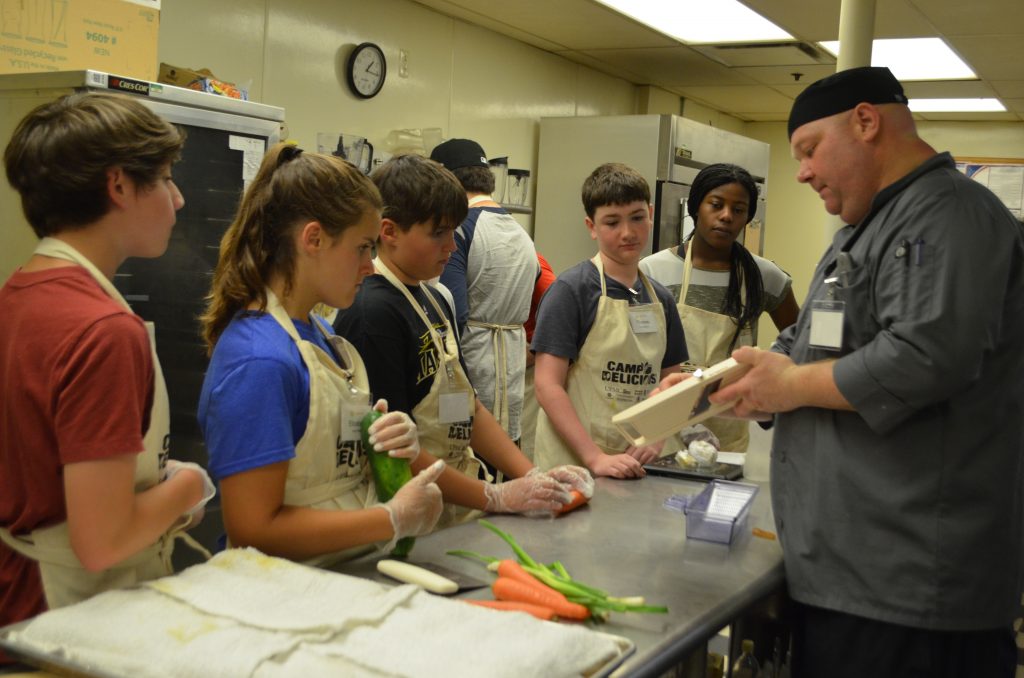 Throughout most of the week, we spent quality time with our teen chefs in the kitchen, helping them understand recipes while getting hands-on experience by creating delicious foods from around the world.  From Asia to Mexico, the teen chefs were exposed to many different and delicious foods.  We had a rule that they had to try everything that was created. Most of the students were surprised that they would like some of the exotic foods prepared, as evidenced by the lack of leftovers. 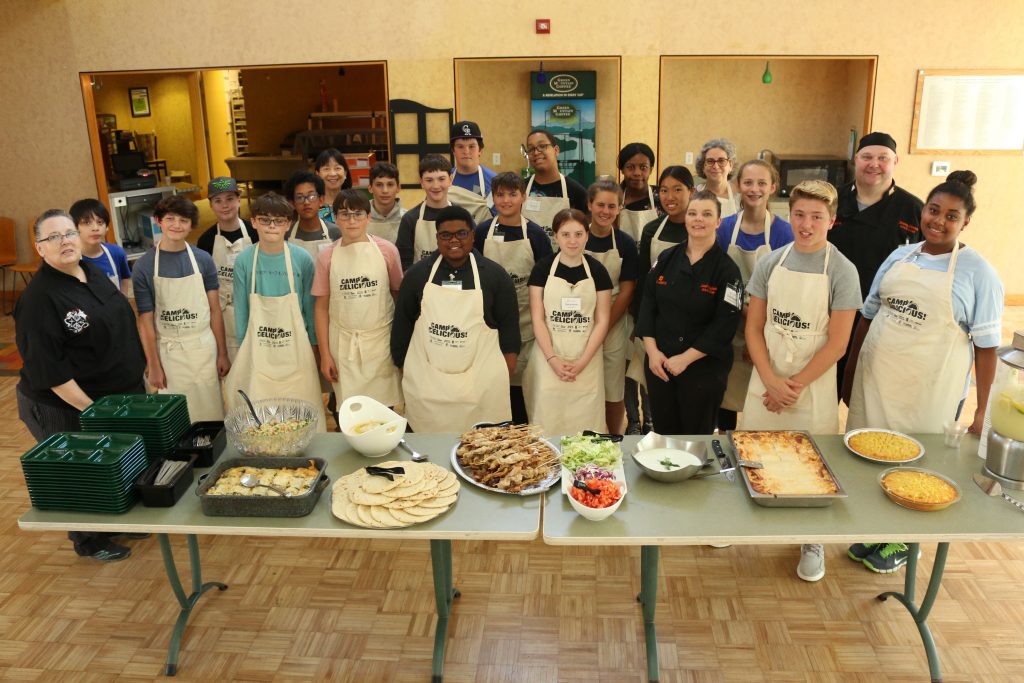 Sarah and I had a great time guiding the teen chefs; getting to know them, showing them different techniques, and sharing our passion for creating foods from around the world.  Our hope is that Camp Delicious inspired the students to be more adventurous with trying new foods and not to be intimidated in the kitchen by new recipes.  Most importantly, we hope everyone had as much fun as we did with this great adventure in food culture and cuisine.

Sous Chef Jeremy Zimmer is a graduate from International Culinary Academy at the Art Institute of Pittsburgh’s Bachelor’s Culinary Arts program. He has also served in the Coast Guard. He has also worked as a Sous Chef at Chaz & Odette’s (Chef Odette’s former restaurant). He is currently a chef at the Indigo Hotel.

Sous Chef Sarah Huffman is a graduate from International Culinary Academy at the Art Institute of Pittsburgh restaurant management program and worked as a Sous Chef & front of the house manager at Chaz & Odette’s (Chef Odette’s former restaurant). She is currently a Dining Room Manager at the Indigo Hotel.