Amen Corner: Honoring the Heroes of the Tree of Life Shooting 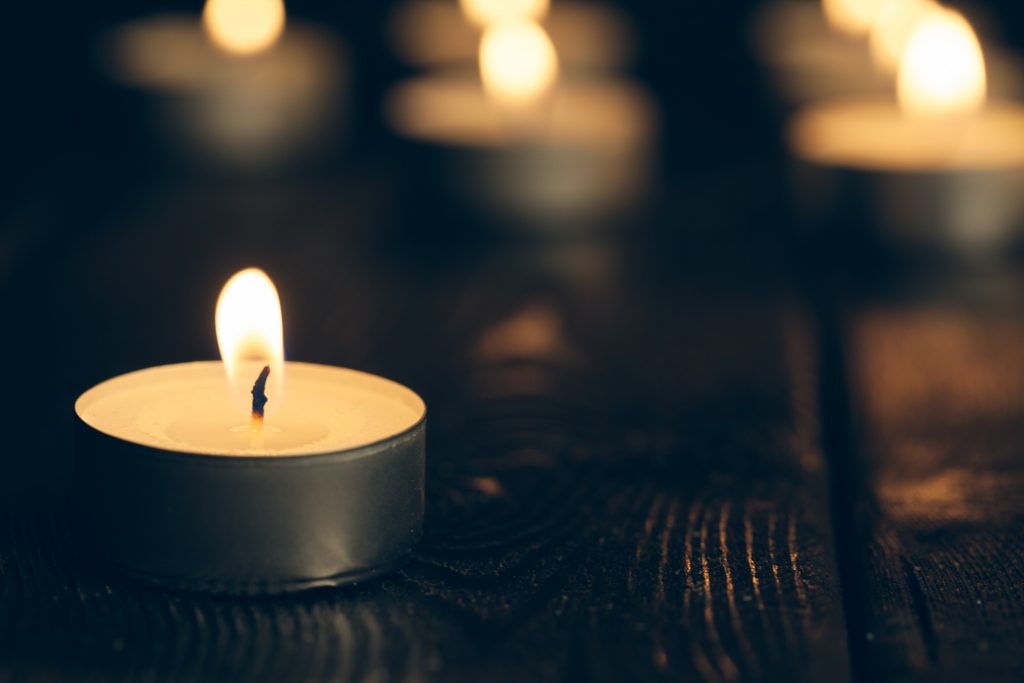 This November, Amen Corner held its 17th Annual Senator John Heinz Law Enforcement Awards Luncheon at the Sheraton Hotel, Station Square. During the ceremony, Rabbi Jeffrey Myers gave a speech honoring the heroic police officers and first responders who risked their lives to help and save victims during the Tree of Life shooting in October 2018. Below is the full speech of Rabbi Myers.

Amen Corner: Honoring the Heroes of the Tree of Life Shooting
by Rabbi Jeffrey Myers

I fondly recall as a child enthusiastically watching in awe as the Mercury capsule became the Gemini capsule, the small steps necessary for the Apollo missions to the moon. All of the astronauts’ names were revered, as their bravery was transcended by their strong faith that the mission would succeed and they would return to earth. They were heroes. As time went by, the seemingly regular launches of space shuttles became so mundane that all of the major networks did not carry the launches live, nor was the reporting on the front page of newspapers. The ability to fly to a space station and return in the same vehicle remains incredible.  Those astronauts were heroes.

I have also seen the anti-war rallies in the 1960s and 70s, and how our soldiers returned to a country where many made them feel unwelcome, and turned their backs to them. How gratifying it is to see how the behavior of Americans has transformed over time, and we give due honor and respect to all those who have served in the military. They are heroes.

On November 9, 1938, state-sponsored pogroms broke out throughout Nazi Germany and Austria. Jewish businesses were looted, synagogues were burned down, and Jews were beaten, arrested and murdered. The German police stood watch in support, cordoning off areas so that German citizens would not be injured during this 48-hour period. They did not rush to help their fellow citizens. They were complicit in the crime. For some historians, this evening, known as Kristallnacht, the night of broken glass, was the beginning of the Holocaust, the state-sanctioned murder of 6 million people whose crime was being Jewish.

On October 27, 2018, nearly 80 years later, as a lone gunman murdered eleven people in the Tree of Life whose crime was being Jewish; the police did not stand guard. They rushed in to save lives, including mine. Six officers were injured, and I believe that three have not yet returned to active duty, but hope to do so in the coming months. They are heroes. They risked their lives to save people like me. When asked, every officer responds with “I was just doing my job.” When asked if any of them would do it again, without hesitation, they all answer “yes.”

The word “hero” has evolved over time. In classic mythology, a hero was someone of god-like abilities who was honored through literature, song and art. Each of us most likely has our own vision of what constitutes a hero, but I would submit to you that our personal definitions have much in common: an act performed by someone that transcends human expectation.

In my Jewish texts, the question is posed: Who is a hero? The answer given is, “the one who conquers their inclination.” The word that requires a bit more understanding is “inclination”. Within a Jewish context, humanity’s inclination is towards evil, as we read in this week’s Torah portion, the story of Noah. Upon exiting the ark, Noah offers a sacrifice to God in gratitude. God remarks that “man’s inclination is to do evil since his youth.” Someone who can conquer their inclination towards evil is considered heroic. Someone who can conquer the inclination of others to do evil is even more heroic.

The fact that these six officers, and all of the emergency personnel who responded on October 27 had to be heroic is a tragic and ugly part of the story. The H word continues to rear its’ ugly head in America, insisting that its’ voice be heard. This inclination towards evil is exactly what God spoke of in the story of Noah, acknowledging that even a catastrophic flood could not wash away the H word. It is in our DNA. But here is the part of the Noah story that we don’t think about.  All of us have a choice. You have probably seen the cartoons with the little white angel on the right shoulder, and the little red devil on the left shoulder. Each one speaks into the ear of the human, trying to convince the person that their path is the best one.

Each of us in this room makes daily choices in how we interact with our fellow human beings. We can regularly choose to listen to the words of the little red devil all the time, the little white angel all of the time, or a blend of both. We all know what the shooter listened to, and we all know what all of our emergency responders listened to.

There are too many people listening to the little red devil. They spew words of H, which inevitably leads to violent acts like a massacre in the Tree of Life. Everyone in this room, if you believe that direction is the wrong one for all of us, must do even more to reverse this trend. Imagine if our SWAT teams sat around day after day, their vehicles gathering cobwebs, as they are not needed. Imagine if our police officers don’t need to order bullets because they didn’t use any last year.

You are all now thinking: this poor guy is crazy. Look what this trauma did to him. I assure you that I’m not crazy or traumatized. I offer extreme examples because we must never, ever lose hope. For when we lose hope, then the H word wins. And I will never let that happen on my watch.

Thank you for the honor of addressing you today, and thank you to all of my heroes. Your names and deeds will be eternally honored in the Tree of Life. May God bless all of you.