What’s That Sound? The Lur 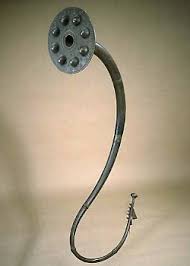 In each issue of LUMOS!, we offer a regular series about the unique and unusual (and sometimes downright strange) instruments we’ve never heard. And since we can’t really understand an instrument until we’ve heard it being played, we’ll offer links to sites where you can hear and see a performance.

Here’s the latest in our regular feature that introduces our readers to unusual instruments. We believe there’s no such thing as too much music. And so, we introduce the lur.

It turns out that pillaging Vikings and pacifist milkmaids had something in common: both relied on a simple horn called the lur to get things done.

The lur (pronounced like the fishing lure) is a natural blowing horn that has no finger holes. The very first ones originated during the Bronze Age (thousands of years BC), and were used as war instruments to marshal troops and to scare the enemy. The bronze ones were curved with a large bell head. When upright, it looks like a cobra ready to strike, or a powerful showerhead. 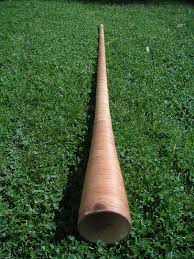 Paintings of bronze lurs have been found in rock formations in Scandinavia.

Many centuries later, wood replaced the bronze and the curves were straightened as lurs assumed a more peaceful purpose. Beginning in the Middle Ages, shepherds and milkmaids used wooden lurs to call cattle. The wooden lurs, also known as neverlurs, could produce seven or eight notes, more than enough to rally the herd.

Although we don’t hear much about lurs these days, the word is common, at least in Sweden, where lur is a common word for telephone, a slang term both historical and symmetrical.

Are you a musician? Do you play a unique or unusual instrument or brand of music? Tell us about it in the comments below, and you may be featured in an upcoming issue of LUMOS!