The Resilience of Free Speech 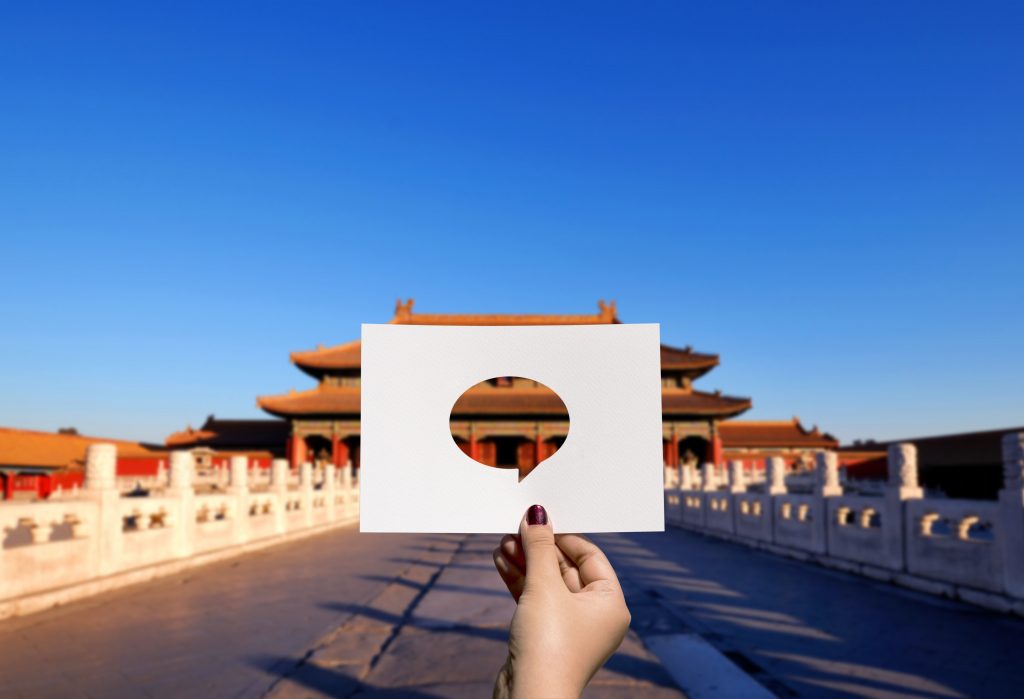 “We should welcome the Communist Party of China to the cacophonous marketplace of ideas that defines American democracy and wish them luck competing. It may strengthen China, as it has strengthened us. Tolerating the expression of viewpoints that are anathema to one’s own displays confidence in the power of one’s own positions.”

My first experience living in a Chinese speaking society was as a student studying Mandarin at the Stanford Center, which in the 1970s was located on the campus of Taiwan University, in Taipei. The only regularly accessible source of English language news from outside Taiwan that I recall was Time magazine, which could be found at the edges of a select few Taipei newsstands otherwise filled with Chinese language publications.

It wasn’t a surprise to see Time magazine. After all, it was Henry Luce’s magazine that rallied Americans behind the Kuomingdang (KMT) as General Jiang Kaishek retreated inland ahead of the invading Japanese and then worked hand-in-hand with the famed Flying Tigers to fight off the Japanese.

One week, though, when I picked up my copy of Time magazine from the newsstand in Taipei, the pages fell out. After re-assembling my copy, I soon discovered that several pages were missing. On most weeks, the cover of Time magazine illustrated its featured story and usually had a small triangle in the top right corner that alerted readers to another significant article. So, it didn’t require much detective work to realize that the missing pages were excerpts from Theodore White’s memoir In Search of History, which included accounts of his years covering China for Time magazine. That White’s memoir had not cast General Jiang Kaishek in the most favorable light is unremarkable; that the KMT had gone to the trouble of removing the offending pages from every copy of Time magazine in Taiwan before it hit the newsstands was fascinating.

Recently I was reminded of this episode, and remarkably similar actions taken by Chinese Vice Minister Xu Lin, Director-General of the Confucius Institute Headquarters in Beijing in 2015.

Ms. Xu caused quite a kerfuffle when she ordered her staff to tear out offending pages from a program for an academic conference, which featured a sponsoring Taiwanese foundation’s ad. This incident and some rather impolitic remarks also made by Ms. Xu were widely reported in the Western press and led a growing chorus of commentators, including the editorial page of the Wall Street Journal, to applaud the decision by the University of Chicago and Penn State University to close their respective Confucius Institutes and to challenge other U.S. universities and educators to “raise concerns” about Confucius Institutes throughout America.

The University of Pittsburgh has hosted a Confucius Institute since May 2007. In the ensuing years, thousands of students from across Southwestern Pennsylvania have studied Mandarin with dozens of native Chinese-speaking teachers who rotate into Pittsburgh from Wuhan, Pittsburgh’s sister city. An even greater number of Pittsburghers have had an opportunity to participate in events that expose them to the history and culture of China thanks to the work of the Confucius Institute at Pitt. That this region is able to offer a Chinese language and culture experience for an ever growing number of elementary, high school and college students—and the community at large, adds one more stitch to the increasingly varied fabric that is making Pittsburgh’s diversity such a important calling card.

But the notion that by studying Chinese language and culture on the Confucius Institute’s dime, our children are in danger of being indoctrinated in Chinese Communist ideology is silly. Such irrational concerns fly in the face of everything we know about the independence of our children, the robustness of freedom of speech in America, the profound influence of our local school systems and our roles as parents.

This fear would be like worrying that Pitt Basketball fans would be unduly influenced by the visiting teams’ mascot at the Pete. The Pete is “our house” and everyone who comes into the Pete has to compete with the rattle and roll of Pitt’s band and the commotion of the Oakland Zoo.

In the hermetically sealed social and political environment of 1970s Taiwan, perhaps one could rip out offending pages of a magazine to prevent unwelcome criticism from reaching an audience, but in today’s America the notion of controlling the flow of information or shaping a narrative unencumbered by competing points of view is unimaginable. For a country that practices democracy, free speech and transparency better than any nation in the world, to mimic the ham-handed practices of those who fear those principles is unnecessary and counterproductive.

Louis Schwartz, an attorney and China specialist, is President of China Strategies, LLC a Pittsburgh-based consultancy that assists Chinese and Western corporations, non-profits and government entities with bi-lateral trade, investment and economic development projects.   A fluent Mandarin speaker, he also is on the faculty of the Asian Studies Center at the University of Pittsburgh, where he has taught courses on law and development in China.