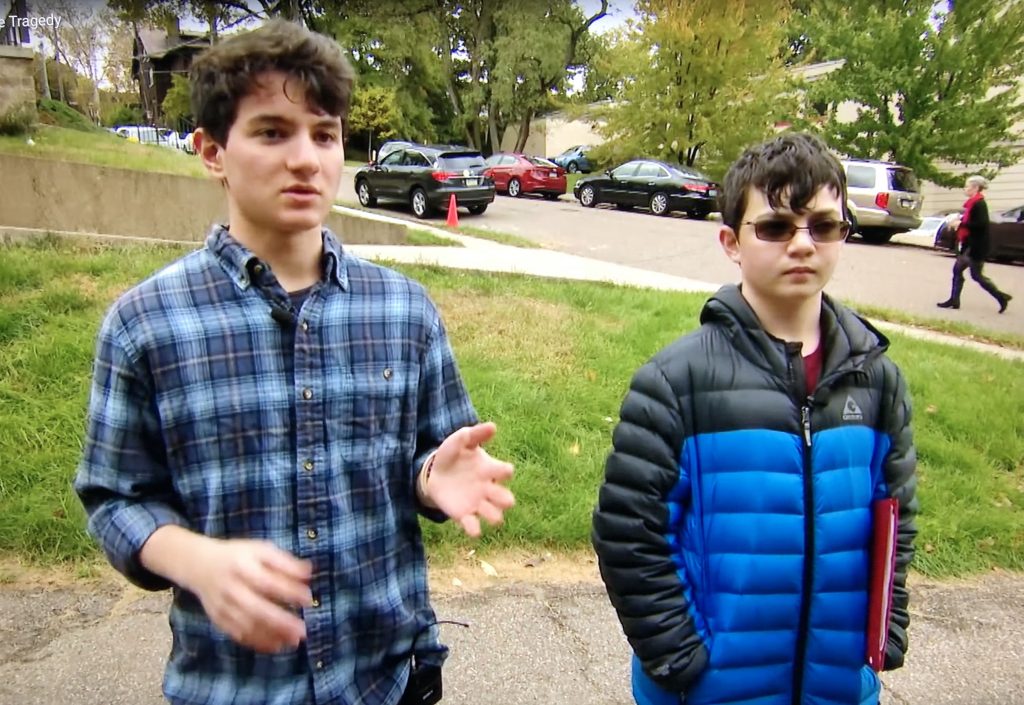 The shooting at the Tree of Life Synagogue in Squirrel Hill brought a sense of shock and sadness to the entire Pittsburgh community. But the losses of life that day were especially personal for two Luminari alumni.

Among the eleven people killed that day was Melvin Wax, the great uncle of brothers Max and Avi Rosen, who attended Luminari camps.

As part of the efforts to bring healing to the community, WQED broadcast a special program on Monday, October 29, called “Unity and Healing: The Tree of Life Tragedy.”  Max and Avi were interviewed for a taped story about how young people were reacting to the events.

Avi wrote this poem about the frightening events, and shared it during the program:

The twisted minds of the confused hurt others,

Both sisters and brothers,

Families weep, not knowing who is alive,

Others are desperate, who need to survive,

The siren of death is sounded out loud,

The biased judgment, of one,

Because of hatred despising,

As dark shadows menace with strife.

To watch the program, visit https://www.wqed.org/unity 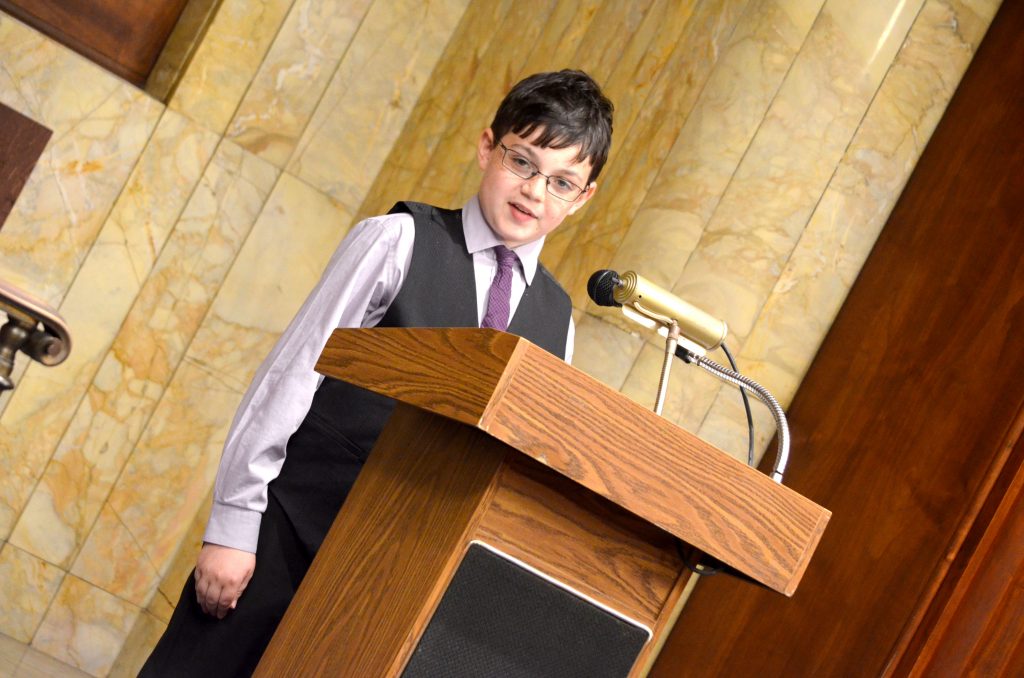 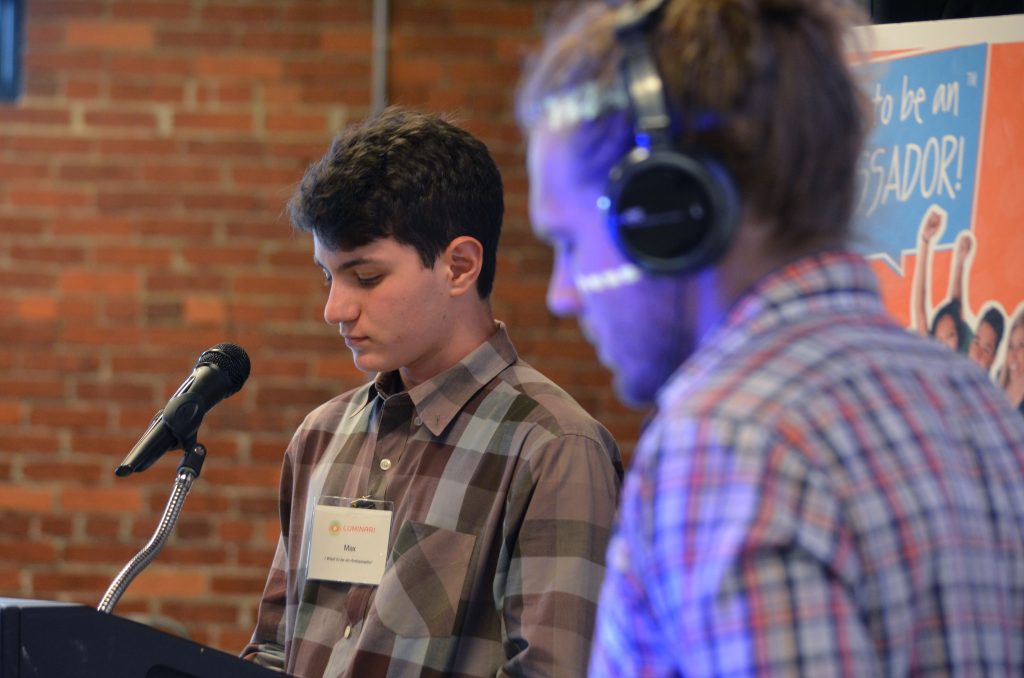 Max Rosen, former I Want to be an Ambassador! student participating in a session on communication with the Saturday Light Brigade.